ALERT THE PROHESY FROM 4-8-14 HAVE COME TO PASS/ THE 2ND 4-8-14 IS ABOUT TO COME TO PASS THUS SAITH THE LORD. CHRISLUM I COMING. A FLASE MOVMENT IS HERE AND WILL SOON BE REVEAL.AND IT WILL HURT MANY CHRISTAIN,MANY BAD THINGS ARE GOING TO HAPPEN FROM THESES FASLE CHIRSTAIN MOVEMENT TO TURE SAINTS OF GOD.JUST LIKE YAHWEH TOLD ME IN APRIL 2014.THEY WILL HAVE A SYMBOL HRE IS THE PIC SO YOU WILL KNOW WHEN THEY ARE REVEAL.SO YOU CAN STAY AWAY FROM THEM AND PRAY AGAINT THEM NOW IN YAHWEH NAME. 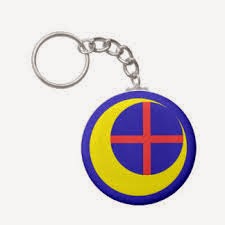