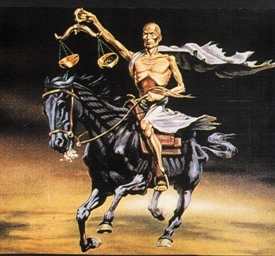 The demon Cimeries or Kimaris in demonology is the principality in Africa that rules over all spirits of Africa. It is said that Cimeries rides on a black horse over Africa. The black horse in the Apoca­lypse represents famine, hunger, and economic breakdown. Top level Satanic leaders such as Anton LaVey list Kimaris in his list of infernal names,Aleister Crowley in his book 777mentions Kimaris, and in H.P. Blavatskybook Secret Doctrine Kimaris is also mention(source). 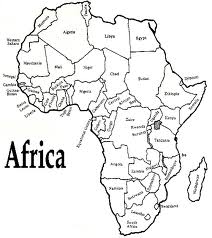 It is said that 38 million people in Africa are victims of hunger. The regions that have severe shortages are southern Africa, the Horn of Africa, Western Sahel and West Africa’s Mano River. The causes of famine include drought, flooding, governmental mismanagement, civil and armed conflict, and the economic collapse. This is due to the ruling principalities that rule over the continent, the unseen spirit world is the cause of these issues to manifest in the natural realm. 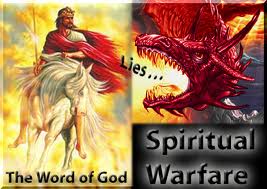 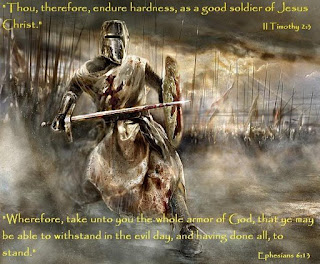 As a body of Christ believers we must put on the whole armor of God (Ephesians 6:13-18), with much fasting and praying in order to hinder demonic principalities in regions. We need to be aligned with the Word of God so that we are able to receive angelic assistance to battle demonic principalities. In Daniel 10, Daniel prayed and did not get a response for 21 days because the principality over Persia held up his response from Gabriel. The angel Michael had to help assist Gabriel in breaking through to give Daniel his response for his prayer (Daniel 10:12-13).


I believe Africa will receive an even greater revival and the hand of God will destroy demonic strongholds that have ruled Africa for centuries. Cimeries can’t prevail over Jesus Christ (Colossians 2:15)