What in the world is going on with UFO's and alien abductions; and how is it tied to the "alien agenda" we see taking place today? Isaiah 14 tells us the exact moment it began, and why:

You said in your heart, "I will ascend
to Heaven; I will raise my throne above
the stars of God; I will sit enthroned on the
Mount of Assembly, on the utmost heights
of the sacred mountain. I will ascend above
the tops of the clouds; I will make myself
like the Most High."
Isaiah 14:13-14

How you have fallen from Heaven, O
morning star, son of the dawn! You have
been cast down to the Earth...."
Isaiah 14:12 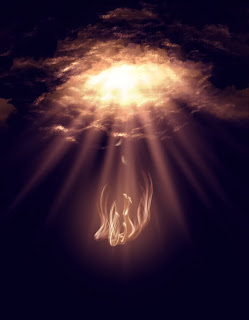 The  us that Satan's name before his fall was "Lucifer", which means "son of the morning" or . In Ezekiel we learn more about Satan, before his fall.
You were in Eden, the garden of God;
every precious stone adorned you: ruby,
topaz and emerald, chrysolite, onyx and
jasper, sapphire, turquoise and beryl.
Your setting and mountings were made of
gold; on the day you were created they
were prepared. You were anointed as a
guardian cherub, for so I  you.
You were on the holy mount of God;
you walked among the fiery stones.

You were blameless in your ways from
the day you were created until wickedness
was found in you (see the Isaiah  again).
Through your widespread trade you were
filled with violence, and you sinned. So I
drove you in disgrace from the mount of God,
and I expelled you, O guardian cherub, from
among the fiery stones. Your heart became
proud on  of your beauty, and you
corrupted your wisdom because of your
splendor. So I threw you to the earth....
Ezekiel 28: 13-17

Satan had been the most powerful  in Heaven, guarding even the throne of God. He was created to lead worship to the Most High God; he was created with stunning beauty, blameless until he became proud. As pride crept into him his thoughts became evil and twisted. He coveted for himself the worship given, and due, the Lord God. He then began to actually believe that he, the creature, could usurp the Creator, and sit on His throne instead; receiving the worship he coveted.

When he stated his infamous "I will..." statements, God Most High threw him out of Heaven! Lucifer became Satan, he lost his relationship with his Lord. Jesus Christ, the Son of God was there; He saw him fall from Heaven.

Imagine Satan's rage then, when God created man. We see in Ezekiel that Lucifer was in Eden, the garden of God; how he must have seethed when Adam and Eve walked in the cool of the evening with Him there! In Genesis we read that God created man in His own image, in His own likeness He created mankind. Body, soul, and spirit; triune man made to fellowship with God the Father, God the Son, and God the Holy Spirit. God gave man dominion - authority - over all the Earth! Satan hadn't been created in God's image, even though he was a beautiful spiritual being (until he rebelled against God).

And so Satan began his strategy to deceive man into disobedience thus destroying mankind; the ones created in God's image. It seemed his plan worked... until...

...Until God pronounced the end of all things before they began: And I will put enmity between you and the woman, and between your seed and her seed; He shall bruise your head, and you shall bruise His heal. Genesis 3:15

Before the flood the DNA of man was amazingly strong from the creation force of God creating man. After the flood God declared that man would no longer live 900 years, but set a limit of 120 years maximum life span. Today it's much less than that.

The Nephilim of old towered between 15 and 36 feet (the largest skeleton found). Now it seems the "aliens", or fallen ones are creating through their mingling of angel/human DNA, what is known in UFO research as "the greys"; those small aliens with the weird head and big black eyes. 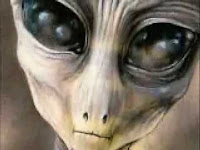 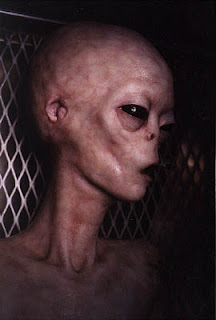 The Alien Agenda is still to corrupt the seed of the woman, and to annihilate man; why? While there are probably many reasons but two stand out to me. First I believe our enemy thinks he can actually defeat the King of Kings as He comes to set up His kingdom on Earth particularly if the "seed" of mankind is utterly corrupt (which will not happen). Second, to create a body that his demonic, nephilim horde can inhabit and become a "physical" force in the last days of the Tribulation period.

Some may be thinking at this point that all this sounds ridiculous. Really? Does it sound any more ridiculous than "aliens" seeding the Earth and letting us nearly destroy ourselves before they come back and tell us we are "bad" children; and they've come back to lead us into enlightenment? Or does the evidence support the truth of the existence of Fallen Angels through Biblical text, ancient texts, and artifacts?

I've spent so much time on this because things are happening out in our world today; evil things. UFO manifestations and sightings are off the charts, and being seen by credible witnesses (like the Mexican Air Force)! It is now known that our NASA astronauts throughout all aspects of the space program from the beginning until now, have recorded sightings of UFO's from space. The History Channel, Discovery Channel, and many others are constantly priming us for the acceptance of alien lifeforms, and for the "disclosure"; the revealing of their existence to us.

But we need to understand and know these aliens are malevolent, they are evil, and they will one day openly present themselves to us with the intent of deceiving us into believing they are our "creators"; they are not. They are Fallen Angels, created beings who left their primary abode, dimension: Heaven. Read some of the abduction accounts; they are ALL oddly similar; and none of them report any benevolent encounters.

When the Fallen Angels present themselves, What will you do?

Salvation is found in no one else, for there is no other name under heaven given to men by which we must be saved:   It is by the name of Jesus Christ of Nazareth... Acts 4:10,12

One last fact; did you know that alien abductions have been stopped by those who used that name; the name of Jesus?! Even those who are not believers in Christ have documented that. Seek the Lord while He may be found; call on Him while He is near. Isaiah 55:6