Cheap Grace) a satanic utterance
"God's love is represented in our day as being of such a character as would forbid His destroying the sinner. Men reason from their own low standard of right and justice. "Thou thoughtest that I was altogether such an one as thyself" (Psalm 50:21).
God's goodness and long forbearance, His patience and mercy exercised to His subjects, will not hinder Him from punishing the sinner who refused to be obedient to His requirements.

It is not for a man--a criminal against God's holy law,
pardoned only through the great sacrifice
He made in giving His Son to die for the guilty
because His law was changeless--to dictate to God. 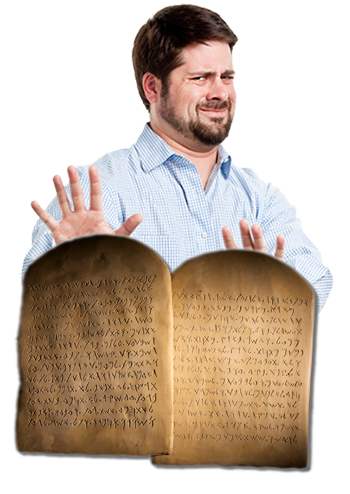 After all this effort on the part of God to preserve the sacred and exalted character of His law, if men, through the sophistry of the devil, turn the mercy and condescension of God into a curse, they must suffer the penalty.
Because Christ died they consider they have liberty to transgress God's holy law that condemns the transgressor, and would complain of its strictness and its penalty as severe and unlike God. They are uttering the words Satan utters to millions, to quiet their conscience in rebellion against God."
Satanic Utterances

unloving, irreconcilable, malicious gossips, without self-control, brutal, haters of good, 2 Timothy 3:3 NASB
Malicious gossips – Paul chooses a very interesting word, a word we probably couldn’t imagine would be translated as “malicious gossips.” The word is diaboloi. It is the plural, nominative adjective of diabolos, the word that obviously is often translated “devil.” Is Paul suggesting that in the last days “devils” will be running around all over the place? Hardly! He is not hinting that there are “demons” among us. But he has something very strong to say about people who slander, gossip, seduce or accuse falsely. He says exactly what we would expect from a Jewish rabbi. Such behavior is precisely the same behavior as the Accuser. It is therefore, in Greek, “of the devil.” In the last days the Devil won’t have to do much convincing. He won’t need to be a great and persuasive orator. Men and women will do all the talking for him.
Didn’t Yeshua call the Accuser the father of lies? Perhaps we haven’t understood how serious this is. We perpetuate the destruction of God’s order with every lie, every bit of gossip, every slanderous innuendo. That has been true since the end of the vacation in the Garden. But Paul tells us that in the last days, “devil-speech” (for that’s what it is) will reach epidemic proportions. Men and women will not consider the destructive power of their words. They will judge according to the media, the culture and their own feelings. Opinion polls will be more important than the truth. In the last days the power of the word will be turned inside-out and vocal vomit will be the norm. The stench will smell to high heaven but those who spew it forth will not even notice their own regurgitated filth.
The words of God are the most powerful dynamics in the world. They create. They heal. They forgive. They judge. They condemn. God created moral free agents with the same linguistic capability. The risk God took was enormous. Suddenly there existed in the well-ordered world an agent who could alter the course of God’s purpose with a word. The story of the first seduction is about this alternative world of words. The father of lies was present in the Garden and he continues to ply his trade by training his victims to imitate his methods. Just a tiny variation from ‘emet is all that is necessary to push the public into the arms of the satanic utterances.
Let’s pause right here. Do you believe that last statement? Do you really believe that all it takes is a tiny variation of God’s words in order to undermine, misdirect and delay God’s purposes? Do you really believe that God allows human free agents the capability to change the face of the universe with an idea, a proclamation, a creed? I’m going to suppose that you do, just for the sake of argument. Because if you do, then why are you going to church on Sunday? Why are you eating pork? Why are you following the Church’s holidays but not the Scriptural ones? Why do you waffle on the question of circumcision? Why do you think “Jesus” changed the Law? Where, o where, is the scriptural support for any of these common assumptions? Did God really change His mind when His own Son said that the Torah will not pass away until heaven and earth pass away—or maybe until the Pope says that the Torah passed away? Who is the father of lies now? Who is following the father of lies now?
In the last days, says Paul, a great number of people will be “malicious gossips.” But that’s not really what he said, is it? What he said is that in the last days a great number of people will speak Satan’s vocabulary. Now who do you suppose that is?
Topical Index: malicious gossips, diaboloi, devil, Accuser, 2 Timothy 3:3
ADDITIONAL NOTE: The description of ha-satan in the Tanakh is very different from the Christian idea of Satan. There was considerable development of this idea in the period before the apostolic writings and the concept was further enlarged in apostolic material and subsequent Christian and Jewish thought. You might be surprised how much of our thinking about Satan really isn’t biblical at all.