THIS IS A QUESTION I RECEIVED FROM A SAINT ON YOU TUBE ---IF WE ARE SAVED BY GRACE WHY IS THE LAW STILL HONORED.-THE ANSWER I GAVE IS BELOW FOR THOSE WHO NEED THE ANSWER TO BE BLESS 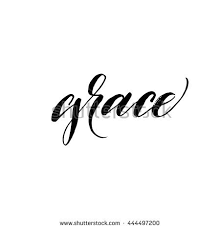 God says his grace is sufficient for all who want it, if you choose to not except it or walk away from it ,in by going back to sin once wash in Yah blood. And you die in your sins unpurge then you cannot enter in to the kingdom of God.

So what does this tell us that grace is there if you want it but you have a choice not to except Gods grace and if you do not and you die that way so call Christian or not. You will not enter his kingdom.Like it says in the bible we all have the seal of God who ever he God created not who SATAN created with mans DNA.

But who God created .But like it says in Ezekiel in the bible.God will get tired of striking with man and remove his seal if no change or no repentance or no abiding in him God and his commandments. Then they will be turn over to satan.. God says in his word that we must ware his law his commandments on the table TABLETS of our heart. Like Moses had the tablets God wrote them on for the Israelites of God .No where in the bible does it says Gods law are abolish .
It says we are no longer under condemnation in Romans 1 I believe. What God is saying you will no longer be condemn to the land of condemnation aka hell.Because you been purge by his sons blood.But if you go back to your vomit you fall right back under that condemnation and have to be restore and wash again if you choose to.

Once you sin again and no repentance it comes from under the blood. This is why in Mathew Yahushua Said when a man goes BACK TO HIS VOMIT A SECOND TIME IT WILL BE WORST FOR HIM AND HE MAY NOT MAKE IT BE BLESS.﻿