Alligator Bait” is the term drives from an activity conducted by white men,mostly in the swamps of Louisiana and Florida throughout the south. These white people were sick beyond belief. These alligator hunters needed to lure the larger bull alligators with human flesh and blood. During the slave era, our ancestors in America were only considered 3/5 of a human being. Which is why these sick hunters had no regard for human life. The alligator hunters kidnapped black infants,skinned them alive,and tied their neck to a string and dropped them into a swamp.

Dangling them near the mouths of hungry 700 pound alligators. These black babies were stolen, caged and fed to alligators whole. The activity is retold in various forms in researched documents, many found in the Jim Crow Museum of Racist Memorabilia in Michigan. No doubt we have progressed in this country from overt racism and subtle forms of the same thing. But Not really. The Stand Your Ground Laws have replaced the rope with a gun for lynching.

The term”Gator Bait” is no less harmful than any other word used by men who killed families because they were African-American. Many caucasians today, balk at the discussion of slavery and racial slurs. Sometimes the acceptance of such language comes dangerously close to history repeating itself.
The term “Alligator bait” was also used as a slur toward African Americans. Examples are found in a 1908 Los Angeles Herald boxing match recap (“Bell Shows Yellow”); in a 1905 issue of the Richmond, Virginia Times Dispatch where two African American males are referred to as “alligator bait” for stealing a chunk of lead (“News Gathered”); and in an article from the 1898 Richmond Dispatch where the term “alligator bait” is used to describe the size of a “dusky bootblack” (“Bootblack’s Little Deal”).

In a review of popular toys in 1917, the New York Times reported that “In View of the improved call for stuffed boy and girl negro dolls, the ‘alligator bait’ is expected to have a big run” (“Outlook for Toys”). 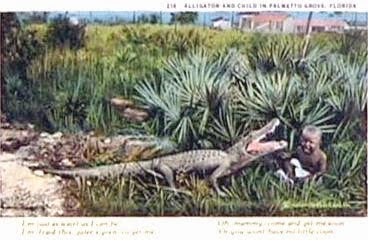 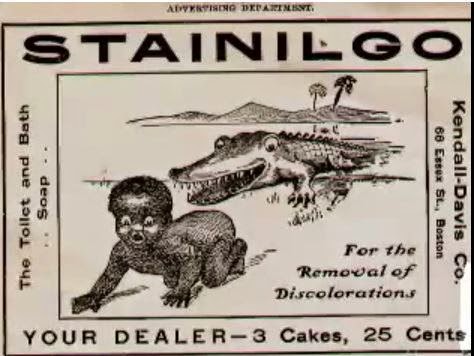 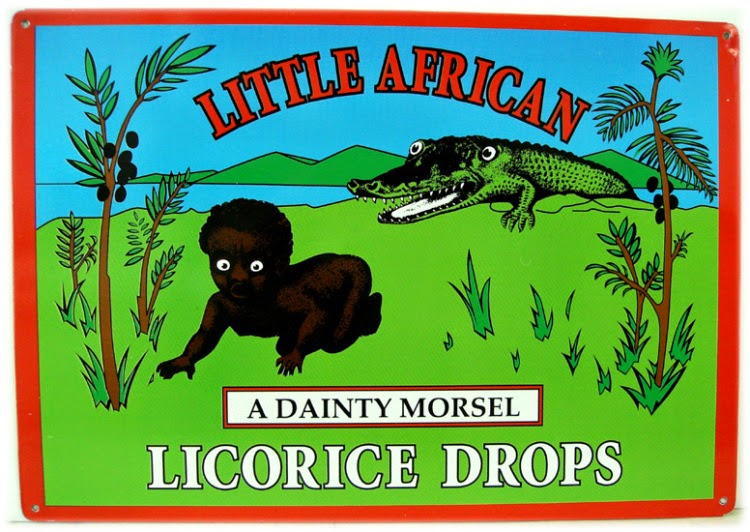 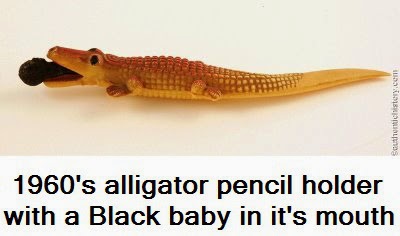